About Me
Maestro Gerald H. Goslin -AGO, ACDA, MOIF, AABI

Maestro Gerald H. Goslin, internationally recognized as a concert pianist and professor of music, performs in numerous concerts, lectures and workshops around the world, and has appeared on television and radio. His television and radio apperarances include Kelly & Co., Channel 7 Action News, Metrovision Cable, Channel 62, WCAR, WHND, and WQRS FM. Maestro Goslin has taught music for over fifty-one years and was Adjunct Professor of Piano at Oakland Community College from 1983-2010. He was also Professor of Piano, Organ and Music Theory at Camerons Music in Livonia from 1998-2010. Many of his students have continued with professional careers.Majoring in music at Cass Technical High School and Wayne State University, he continued his quest for mastery of the arts with the leading maestros and professors in the United States. Maestro Goslin has two recordings on the market, and is currently working on a CD and video for release this year. Maestro Goslin has been a judge for The Leontyne Price Emerging Arts Vocal Competition from 1986-2010. and a judge for the Verdi Opera Association Vocal Competition in 1995-96. He has been the host of The Piano Hour on WHND (1995). He was a member of the Mischa Kottler Memorial Committee (1994).He is a past member of the Professional Concerns Committee of the Detroit Chapter of the American Guild of Organists Maestro Goslin is Choirmaster-Organist at St. Andrew’s Presbyterian Church in Dearborn Heights. Maestro Goslin is a member of The American Guild of Organists (AGO), The American Choral Directors Association (ACDA), and The Detroit Federation of Musicians (Local 5). He is also a performing member of the Birmingham Musicale.Recent Honors Include: Who’s Who in the Midwest, Who’s Who in America, Who’s Who in Entertainment, Who’s Who in the World, Who’s Who in Classical Music, Dictionary of Biographical Information-Cambridge England, Order of International Fellowship (MOIF), 2000 Outstanding People of the 20th. Century, International Book of Honor, Man of the Year – American Biographical Association, Annual Associate – American Biographical Association, The 2000 Millennium Medal of Honor, Leading Intellectuals of the World, The International Directory of Distinguished Leadership. Maestro Goslin is a professor of Piano, Organ, Conducting, and Music Theory. He accepts serious students from beginning to advanced in these areas of study. Maestro Goslin is available for conducting engagements, recitals (piano or organ), weddings, sacred concerts, workshops, lectures and adjudicating. Maestro is also available for coaching (piano, organ, and voice) and as an accompanist. He is also interested in forming duo-piano teams and chamber trios (violin, cello, and piano). For further information, you may contact him at (248) 476-3648 or maestrogoslin@live.com

Maestro Goslin is available for instruction in the areas of piano, organ, and music theory. The lesson fee is $50 per hour. For an audition appointment contact Maestro Goslin. 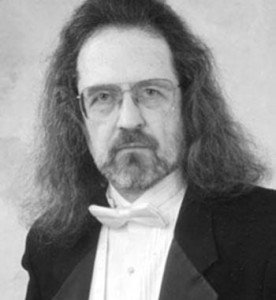